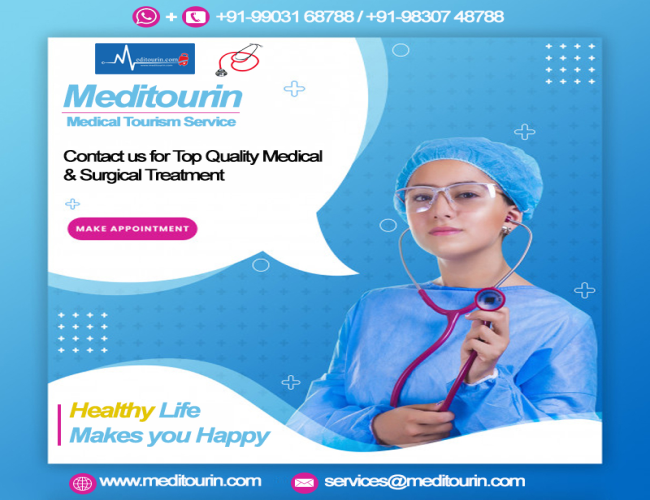 Medical Tourism in India: A Growing Industry in India

India is a country with one of the world's largest democracies. Just like India is known for its food, culture and traditions. Its rich history and culture have increasingly become an important medical tourism destination around the world. People all across the world prefer India for its advance and cost-effective medical treatment. Medical tourism in India is one of the fastest-growing industries, with an estimated value of $5–6 billion.
According to a survey published by the CII and Grant Thornton in October 2015, 34% of medical tourists come from Bangladesh and Afghanistan, 30% from Russia, and the rest from the Middle East and Africa.
Before talking about what makes people prefer India’s medical treatment above all, let’s understand a bit about it.
What defines Medical Tourism?
Medical tourism is a sort of tourism in which individuals travel from one nation to another for medical treatment. Inter-country or intra-country travel is possible. Organ transplants, major operations such as cardiac, and other medical reasons may prompt patients to travel.
Factors that make Medical Tourism in India favored by people
·         One of the major factors which makes people favor medical tourism in India is its low-cost treatment with excellent quality of healthcare system.
·         India’s treatment becomes excellent because of its highly skilled doctors and advanced technology.
·         Excellent communication skills by doctors give people comfort in times of crisis.
·         India is a country where different languages are spoken at the same time, despite that it has never become a cause of communication barrier.
Alongside the above factors, India also promotes traditional treatments like Yoga and Ayurveda.
In 2015, when the company was valued at $3 billion, India was the third most popular medical tourism destination. To encourage more travelers to get treatment in the country, visa application processes have been streamlined.
Let’s Talk Some Data
According to current estimates, medical tourism in India is rising at an annual rate of 18%. It is anticipated to be worth $9 billion this year. By 2020, it is expected to account for 20% of the medical tourism sector. In 2017, 495,056 patients travelled India. India is known as the world's second-largest English-speaking nation.
Conclusion
Recently an article in Hindustan Times, special approval was provided to those with severe conditions such as chronic renal, liver, and cardiovascular ailments, or airlifting the 21-sick people on humanitarian grounds, according to the Ministry of Foreign Affairs (MEA).
Being an Indian, it is safe to say that we should be proud of the land we live in. Medical Tourism in India has not just proved its excellence in the past but also in recent times. With little betterment in COVID-19, Indian has come back harder.

You can translate the content of this page by selecting a language in the select box.